One of the most popular games in Indonesia is football. In fact, this one game is arguably the most in demand, considering that every match that is available never escapes the large number of spectators.

Football, apart from being a sport, is also a place of entertainment for some people. One proof, there are many girls and boys who

may not be good at playing football but are willing to jostle into the stadium to watch or support their favorite team.


So in order to have more insight into the game of soccer, let's find out a complete explanation about the meaning of football, history, rules, basic techniques, benefits to famous soccer figures in the world. 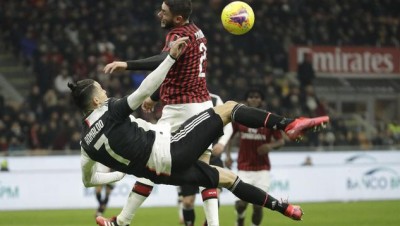 
Based on sources quoted on the Football History website, the presence of soccer games occurred in China around the 3rd and 2nd centuries BC under the name of the game Cuju. Where Cuju is played with a round ball on a square ground. Many countries claim that the presence of football started from themselves, such as Ancient Greece and Rome.

But the widely acclaimed story of the popular game of football in the 12th century, where in this century football was played on the meadows and streets of England. Over time, football clubs emerged, but the presence of the football club, which is believed to have existed since the 15th century, was well organized and without official status.

Therefore, it is quite difficult to determine which football club was the first to appear on this earth. Some British historians believe that there was a professional club that was formed in England in 1862 under the name of the English club Notts County. A year later modern football was born in 1863 when the English Football Association was founded.

Since then, in 1883, the first international tournament was held involving four countries, namely England, Ireland, Scotland and Wales. Although football became a phenomenon that was loved and loved by England, it slowly spread to other European countries. The first match in 1867 to take place outside Europe was in Argentina. Precisely on May 21, 1904 the Federation International Football Association (FIFA) was founded, which was signed by seven countries namely France, Belgium, Denmark, Netherlands, Spain, Sweden and Switzerland.

Although England is synonymous with the history of the development of football, they did not join in from the start. Still, they merged the following year. The growing love of the sport of football was strengthened by its inclusion as an official sport in the Olympics in 1908. And the first World Cup held in 1930 further strengthened the sport which is very popular on the international scene. It was not until 1996 that women's football was added for the first time.

The game of football involves the movement of physical, mental, gross motor and fine motor elements, and is built with solid team strength. The movement of all these elements is done to keep the ball moving dynamically and crossing the goal line.

The ball used in the game is oval in shape, where every movement is carried out by each player using their feet and only the goalkeeper (goalkeeper) can touch the ball using their hands.Moments and events from football matches do give an unforgettable impression, and always attract attention to be seen movement by movement.

There is nothing wrong with football being one of the most popular sports in the world. A sport played by 250 million people in more than 200 countries is also committed to making it a must-have sport. So that many supporters and families are committed not to miss a football match, both professional league and amateur league.

As one of the oldest sports in the world it is also the most popular to watch. Today, the game is played worldwide by millions of people, with billions of supporters. No wonder football is present in various game concepts, such as the World Cup.

Seeing the enthusiasm of the world's population for soccer, it may have to coincide with the rules of the game, FIFA as the international organization that oversees this sport has issued standard rules.

Where this rule is called the Law of the Game which according to them applies to all matches both at the international level and matches between small children in remote villages.

According to them that the law should apply equally in every game in every confederation, country, city and village around the world. Because with the rules imposed in the game is a great power that must be maintained for the good.

In the Law of the Game document they have a philosophy and spirit of the law where "the best matches are matches where referees are rarely needed because the game is full of respect for each other".

These guidelines are the only football laws adopted by the sporting body FIFA. In these rules there are 17 articles that apply to matches where the rules relating to the number of players a team must have, the duration of the match, the size of the field and ball, the type and nature of the offense that can be judged by the referee, and many other rules related to the principles of football. ball. During the game, it is the duty of the referee to interpret and enforce the "principles" of the game. However, in general, in football matches, the goal is to score as many goals as the opponent.