Liverpool FC or commonly referred to as "The Reds / The Red" is one of the most famous English football clubs in the world. This is evidenced by the many championships where "The Red" has become the champion of various competitions both domestically, regionally, and even at the world level. Therefore, it is not wrong to review further about Liverpool FC.

Liverpool was founded on March 15, 1892 as a result of a dispute between the Everton FC Committee and John Houlding as Club President who is also the owner of the Anfield stadium. Earlier in 1891 John Houlding, as tenant of Anfield Stadium, bought the land outright and proposed increasing the rent from £100 to £250 per year.

Everton, who has played at Anfield for seven years, turned it down and a feud ensued. As a result of the feud, Everton finally moved to the Goodison Park stadium and John Holding made the Anfield stadium the home of Liverpool until now. The club was named Everton FC and Athletic Grounds, Ltd., or Everton Athletic for short, but the English Football Association (FA) refused to recognize that there were two teams named Everton. 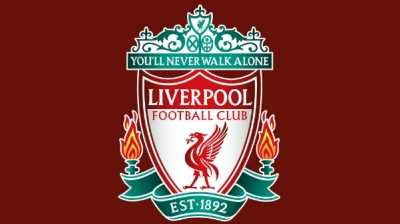 In June 1892, John Houlding finally chose the name Liverpool F.C. as a new name, and Liverpool transformed into a serious force in English football competition. Starting his debut as a professional football club, Liverpool played in the Lancashire League and managed to become a champion before finally joining the Second Division of the English League (now called the Football League Championship) in the 1893-94 season.

In his first season in Division II, Liverpool immediately became champions and were entitled to promotion to Division I (now called the English Premier League). Liverpool did not wait long to win the league, because in their first season in Division I (1900-01), Liverpool won the Division I and did it again five years later. The liver bird has long been a symbol of Liverpool FC. Taken from the coat of arms of the royal army, the logo was first used in the 20th century, as a champions medal to the player who won the Premier League in 1901.

The logo later appeared on the club's flag when they won the league in 1922, the cover of the program since 1935, has also appeared on picture taken in the 1930s. The picture shows the players at Anfield wearing the Liver Bird logo. Two decades later, the logo appeared in 1950. Precisely in the second FA Cup final as well as LFC's inaugural appearance at Wembley.

That day became a historic time for Liverpool because the Liver Bird was attached to the jersey of the players. Over the next five years, Liverpool wore the same jersey several times as worn at Wembley. After previously only at home games, Liver Bird was finally installed on Liverpool's main jersey starting the 1955-56 season with the words "L.F.C" at the bottom. The logo on the jersey was used for the next 14 years. The shape of the uniform has also changed.

The exception came on 1 May 1965 in the FA Cup final against Lees United at Wembley. The Liver Bird image is integrated into the costume, no longer pasted separately. In 1969, the oval shape surrounding the Liver Bird was removed. The magical power of the new costume was immediately seen in the 4-1 win over Wembley at the opening of the new season. For more than the next two decades, the logo accompanied Liverpool's glory in England and the world.

Minor changes occurred only when the color changed from white to yellow in 1976-77, and again during the 1985-86 season. The exception occurred in the 1977 Champions Cup final. In that match, Liver Bird was surrounded by two double circles. The summer of 1987, there was a big change at Anfield. Ian Rush left for Juventus. John Barnes and Peter Beardsley were brought in to replace Rush. In that period, the club logo began to be used for administrative and commercial purposes. The L.F.C writing under the logo is also gone.

Changes occurred again in 1992 to commemorate the 100th anniversary of the founding of the club. Liver Bird then made smaller. Summer 2012, the logo changed again. Yellow Liver Bird standing single. Just like the logo used by Liverpool in the heyday of the 1970-1980s. JERSEY LIVERPOOL FC FROM TIME TO TIME Jerseys are one of the most sought after and highly anticipated items at the start of every competitive season both by fans and by the mass media.