Although it has always been one of the strongest teams in England, it was only since 1993 that Manchester United achieved great dominance in the domestic championship under the direction of Sir Alex Ferguson – dominance on a scale not seen since the end of the Liverpool F.C. era. in the mid-1970s and early 1980s. Since the passing of the Premiership era in 1992, Manchester United is the most successful team with twelve times winning the championship trophy.

Despite the success in domestic competition, it is still difficult to repeat in the European championships; they have only won the Champions League three times in their history (1968, 1999, 2008). Since the 86-87 season, they have won 22 major trophies – the most of any Premier League club. They have won 19 Premier League titles (including when they were still called Division One). 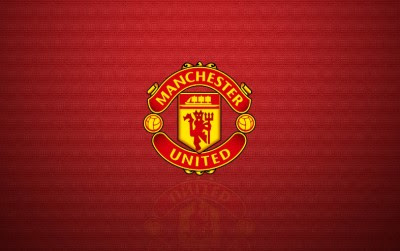 In 1968, they became the first English team to win the European Champions League, after beating S.L. Benfica 4–1, and they won the European Champions League for the second time in 1999 and again in 2008 after beating Chelsea F.C. in the finals. They also hold the record for winning the FA Cup 11 times. In 2008, they became the first English club and the second European club to become FIFA Club World Champions. On 12 May 2005, American businessman Malcolm Glazer became the owner of the club by buying a majority stake for £800 million (US$1.47 billion) followed by protests from fanatical supporters.

The team was first formed under the names Newton Heath Lancashire and Yorkshire Railwaiy F.C. in 1878 as a team by Lancashire and Yorkshire, the railway station at Newton Heath. The team shirt is green – gold. They played on a small field on North Road, near Manchester's Piccadilly train station for fifteen years, before moving to Bank Street in the town near Clayton in 1893.

The team had entered the soccer competition the year before and began breaking with the railway station, becoming an independent company, appointing a sorority secretary and dropping the "L&YR" of their name to become Newton Heath F.C. only. Shortly thereafter, in 1902, the team nearly went bankrupt, with debts of more than £2500. Their Bank Street Square has been closed.

Before their team disbanded, they received investment from J.H. Davies*, director of Manchester Breweries. Initially, a team legend, Harry Stafford, who was the team captain, showed off the St. Bernard**, then Davies decided to buy the dog. Stafford refused, but managed to persuade Davies to invest in the team and become team chairman.

Davies also decided to change the team colors and red and white were chosen as the colors of the Manchester United team. Ernest Mangnall was appointed club secretary replacing James West who resigned on 28 September 1902. Mangnall worked hard to lift the team to Division One and failed on his first attempt, finishing 5th in the Second Division League.

Mangnall decided to add a number of players to the club and signed the likes of Harry Moger, Dick Duckworth and John Picken, there was also Charlie Roberts who made a big impact. He was bought for £750 from Grimsby Town in April 1904, and brought the team to third place in the standings at the end of the 1903-1904 season.

They were then promoted to Division One after finishing second in Division Two in the 1905–06 season. Their first season in Division One ended poorly, they finished 8th in the standings. Finally they won their first league title in 1908. Manchester City are being investigated for paying players above the regulations set by the FA. They were fined £250 and eighteen of their players were banned from playing for them again.

United quickly took advantage of the situation, signing Billy Meredith and Sandy Turnbull, among others. This new player was not allowed to play before the new year 1907, due to suspension from the FA. They started playing in the 1907–08 season and United were aiming for the title at that time. The 2–1 win over Sheffield United started United's ten-time winning streak.

But in the end, they closed the season with a 9-point advantage over their rivals, Aston Villa. It took the club two years to bring the trophy back, they won the Division One League trophy for the second time in the 1910–11 season. United move to their new pitch, Old Trafford.

They played their first match at Old Trafford on 19 February 1910 against Liverpool, but they lost 4–3. They didn't get another trophy in the 1911–12 season, they weren't supported by Mangnall anymore because he moved to Manchester City after 10 years with United.

After that, they played 41 years without winning a trophy. United were relegated again in 1922 after ten years of playing in Division One. They moved up the division again in 1925, but struggled to get into the top flight of the Division One league and they went down division again in 1931. United reached an all-time low of 20th in the 1934 Second Division standings. Their strength returned during the 1938–39 season.

In 1945, Matt Busby was appointed manager of the team based at Old Trafford. He asked for something unusual in his job, such as appointing his own team, selecting the players to be recruited himself and determining the training schedule of the players himself. He had lost a manager vacancy at another club, Liverpool F.C., because the job he wanted was felt by Liverpool officials to be the job of a director, but United provided an opportunity for his innovative ideas.

First, Busby did not recruit players, but an assistant manager named Jimmy Murphy. The decision to appoint Busby as manager was a very right decision, Busby paid the trust of the management by leading United to second place in the league in 1947, 1948 and 1949 and winning the FA Cup in 1948. Stan Pearson, Jack Rowley, Allenby Chilton and Charlie Mitten had a hand a big part of United's achievements.

Charlie Mitten returned to Colombia in search of a better fee, but United's senior players did not decline and again won the Division One title in 1952. Busby knew that the football team needed not only the experience of its players, so he also thought about bringing in some players. young.

First of all, young players like Roger Byrne, Bill Foulkes, Mark Jones and Dennis Viollet, needed time to show their best game, as a result United slipped to 8th place in 1953, but the team won the league again in 1956 with a team that was of average age. the player is only 22 years old, scoring 103 goals. This policy of young players led him to become one of the most successful managers to deal with Manchester United (mid 1950s, mid late 1960s and 1990s).
Share :
Facebook Twitter Google+